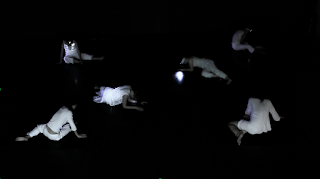 Dance as a transformation between different forms. This transformation is made by energy. Energy makes change possible. Dance is the transformation of energy from one form to another: choreography can organise these forms and their variations in ways that can provide different expositions and experiences. A performance-installation, with bodies, lights, sounds and aromas, that looks into the transformations of energy in space. Supported by the Greek Ministry of Culture (Open Doors Program), the Municipal Theatre of Piraeus, the Athens Concert Hall and Luna Park (3rd Work Camp in Performance and Choreography).

'without respect but with love' (2015) is part of Stella Dimitrakopoulou’s PhD research on “(Il)legitimate Performance: Copying, Authorship and the Canon”. The work examines how copying, as part of an illegitimate process, influences the formation of a canon and the attribution of values, to propose copying as an act of love. A series of 15 videos were made one after the other like a Chinese whispers game based on a video of Trio A by Yvonne Rainer (recorded by Sally Banes in 1984).


Duende (2015)
Choreography and Performance of the video advertisement of the winery 'Habla' (Spain)
https://www.youtube.com/watch?v=9QZ7bfQzUJg

Trio Collective: A self-Interview (The performance) (2015)
RE:COLLECTIVES - A Round-table Symposium exploring the past, present and future of artists collectives (organised by CLUSTER BOMB [collective]) 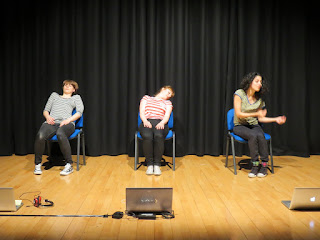 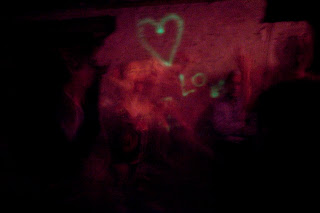 Trio Collective: A Self-Interview
https://vimeo.com/133885334
Trio: A Self-Interview is a performance that takes the form of a self-interview of the collective, which acts as a mode for questioning, understanding and performing our collaboration. The text is based on several self-interviews that took place during our creative process and served as methodological tools for our performances. The performance derives from texts developed in June 2009 and in April 2012, therefore making explicit a gap in both our personal and collective memory, as well as interrogating our collaborative process through past, present and future times.
We discuss issues arising from our collaboration including the relationship between talking and doing, different modes of communication, misunderstandings and failures, responsibility and decision-making. The members of the collective are both interviewers and interviewees –exchanging roles and seeking identities. Questioning issues of authorship and non-hierarchical working structures, we are trying to define and organise the fluid boundaries that exist within our modes of production. 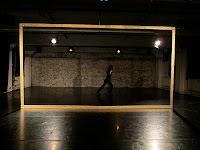 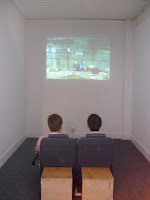 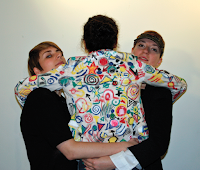 Trio Minus Michelle Plus You (2009)
https://www.youtube.com/watch?v=CIPH_Uhnqqw
By Trio Collective
The Southwark Playhouse, London, UK, 2009